Stress fracture of the distal metatarsus

The horse was referred for scintigraphy after the onset of a 3/5 right hindlimb lameness manifested 15 days previously after racing. No swelling, joint distension or other signs were evident since the onset of the lameness. Ten days before admission, the referring vet performed a low plantar block which almost completely abolished the lameness.

Clinical examination
The horse was lame 3/5 grade on right hind limb when trotted on hand on a straight line. Careful palpation of the limb and hoof test were inconclusive. Flexion of the whole limb and then distal joints significantly worsened the lameness. 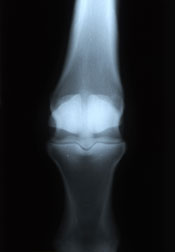 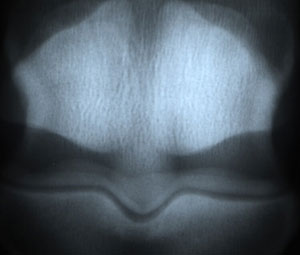 Eight weeks stall rest followed by 4 weeks at walk were suggested. Radiographic and scintigraphic control was recommended before resuming training.

The trainer reported that the horse was back in training after the suggested period of rest. The horse successfully raced 16 weeks after discharge from the clinic.